To guide homeowners with federally backed loans through the process of obtaining mortgage relief, the Conference of State Bank Supervisors (CSBS) and the Consumer Financial Protection Bureau (Bureau) today released a Consumer Relief Guide [PDF][link] with borrowers’ rights to mortgage payment forbearance and foreclosure protection under the federal CARES Act.

CFPB and state regulators are committed to protecting Americans having financial hardship during the COVID-19 national health emergency. The consumer relief guide details what homeowners need to know to get the help they need, including a summary of borrowers’ rights under the CARES Act, steps to access mortgage relief and repayment options.

John W. Ryan, CSBS president and CEO: “State regulators are hearing from borrowers who are confused about mortgage relief, and, in some cases, getting inconsistent information about forbearance. And that’s why we’re partnering with the CFPB and Director Kraninger to release this guide for homeowners.

“Consumer protections and local economic health are the top priorities for state regulators, so they are helping citizens across the country access mortgage relief and understand their rights under the CARES Act.”

Kathleen L. Kraninger, CFPB Director: “CFPB is working hand-in-hand with other federal and state regulators to protect consumers during this national emergency. CSBS has been a key partner as we all work together for consumers. This guide will help consumers to understand their options for mortgage relief during this challenging and unprecedented time.”

In addition to this guide, the Bureau has a centralized webpage [link] with information on how consumers can protect their finances during the pandemic, and this week launched a joint housing website [link] with other federal regulators.

CSBS maintains a state tracker with useful consumer information on topics such as mortgage forbearance, modification of loan terms, stays on evictions, restrictions on overdraft fees and more plus some common COVID-19-related scams on the COVID-19 Consumer Resources webpage.

20 million jobs lost. More than 30 million unemployment applications. A $2 trillion rescue package. Over 1,000,000 COVID-positive Americans. When every number you hear these days is so large, so staggering, it’s hard not to grow numb to just how unprecedented our current situation is.

One of those big, staggering changes lies within a program Congress approved to help small businesses. The Paycheck Protection Program, or PPP, was included in the $2 trillion rescue package, and it’s designed to try and help businesses keep employees on the payroll.

The concept is simple: small businesses could sign up for the program through their bank, receive funds covering up to 8 weeks of expenses to keep employees on the payroll, and if they kept those employees paid through that time, the loan would be forgiven.

But implementation of this very simple concept was anything but.

For starters, the Small Business Administration, the government group assigned with administering these funds, has never handled a program even close to this size. The SBA’s loan volume in 2019 was $28 billion. The two waves of PPP loans being distributed over the last two months is $669 billion dollars.  For comparison, if the PPP program were passed alone in 2019, it would have been 10% of the entire US budget. It would have been comparable in size to the entire planned budget in 2019 for the Department of Defense. That’s how big of a number we’re talking about.

Second, the loans needed to be distributed, and quickly to rescue sinking businesses. Most programs of this size take years to develop, and the PPP program was launched in a matter of weeks. This has led to all sorts of concerns. What qualifies as a “small business?” Will this money make it into the hands of the businesses it was intended for? How will we be sure employers will keep their employees?

I wanted to unravel these questions from a few different angles. First, I talk to an expert on PPP to learn how the program was constructed in theory and explore it from a macro level. Then, I spend some time with a small business owner who, despite being better informed than most, still faced some significant hurdles to getting approved – both for her own business and for her clients. And finally, I speak to an expert who understands the small institutions tasked with delivering these loans – community banks.

Stay with us. There’s a lot of great content in this episode. I’m Matt Longacre, and this is Simply Stated. 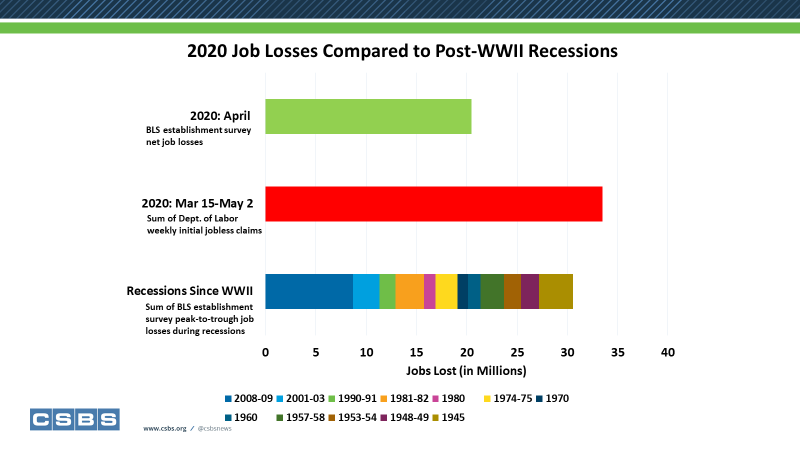 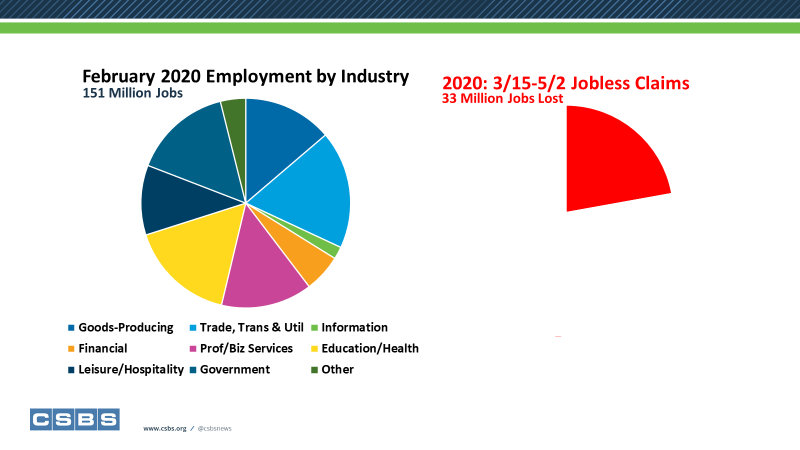