Note: the Examiner will be taking a break next week in observance of the Labor Day holiday

“We can draw lessons from the past, but we cannot live in it.”
– Lyndon B. Johnson, 36th President of the United States, was born on this day in 1908

State-chartered banks were the primary distributor of relief funds to communities, according to a new analysis by CSBS. The analysis matched recently available loan-level Paycheck Protection Program (PPP) data with lender demographic data, providing the first estimate of how different types of lenders originated PPP loans for small businesses around the country.

Specifically, the analysis revealed that, as of July 1, 2021: 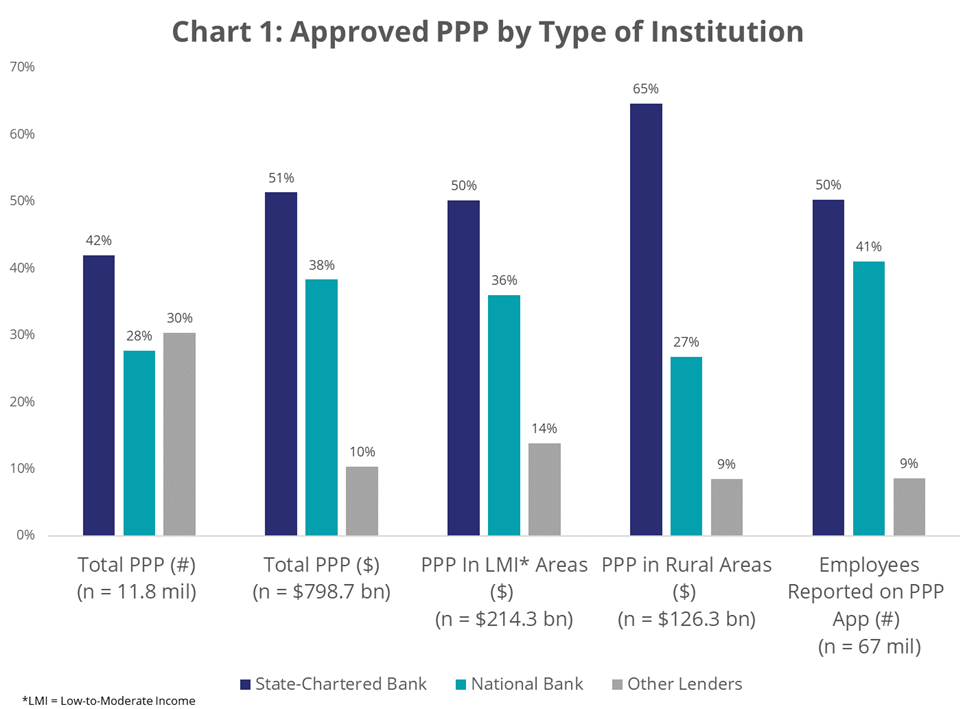 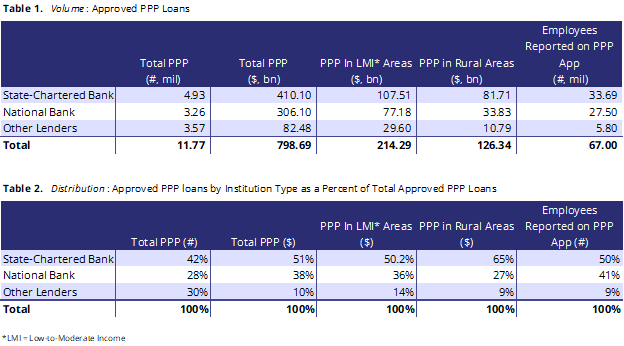 Due to variations in naming (“Sample Bank NA” vs. “Sample Bank NA, d/b/a ThisBank, a Utah Company”) fuzzy logic matching is not a perfect process – but CSBS was able to match about 70% of the 11.7 million PPP loans to a corresponding depository institution. For purposes of this analysis, CSBS refers to remaining 30% of unmatched records as others or other lenders.

Furthermore, CSBS estimates that unmatched depositories account for approximately 120,000 PPP loans; therefore only 1% of the 11.8 million loans in the dataset. CSBS believes it has correctly matched all depositories who originated more than 3,000 PPP loans. While it is possible to match this remaining 1%, it would not change any of the findings of this analysis. Since the matching process is imperfect, readers should interpret and use the results with these caveats in mind.

An analysis of the other lender/unmatched/non-bank population breaks down the other lender category into more specific types who provided the following shares of PPP funding by $ volume – illustrated in Chart 2 (categories assigned by SBA):

On every application for a PPP loan, the borrower is asked how many employees their small business has. This self-reported “employee count” is included in the loan-level dataset, so when CSBS talks about how many jobs different types of banks saved they are referring to the number of employees reported on each PPP application as reported by the prospective borrower. This does not mean that every employee in a small business was a direct recipient of PPP loan proceeds, since there are restrictions on how funds can be used. CSBS excluded second-draw loans from its tally of employees reported by PPP borrowers to avoid double counting in its jobs saved analysis.