“I’m Chevy Chase… and you’re not.”
- Chevy Chase, on Saturday Night Live, which premiered this day in 1975 79 Percent
The percentage of banks nationwide that are state-chartered

CSBS is seeking public input on draft language for model payments legislation that could be introduced in all 50 states. The proposed legislative language covers issues related to state money transmission and payments regulation.

Creating model payments legislation and standards is one of several recommendations of the CSBS Fintech Industry Advisory Panel, part of CSBS Vision 2020, the state initiative to streamline multistate licensing and supervision for nonbanks.

CSBS encourages commenters to provide actionable language and redline edits by November 1, 2019. The draft legislation and other materials are available at csbs.org/MSBlawcomments.

The request for comment solicits input on several outstanding questions outlined in the executive summary, including questions of ensuring consistent interpretations across the states.

After November 1, CSBS will focus on the most impactful measures for Vision 2020. Depending on feedback received, this may mean finalizing less controversial issues before standardizing more complex matters.

“As the primary supervisors of money services businesses, state regulators are charged with ensuring that licensed entities operate in a safe and sound manner and protecting consumers from bad actors and business practices," said CSBS President and CEO John Ryan. "The new CSBS MSB Accreditation Program will signal to the public that their regulators meet the highest standards for MSB supervision.”

This initiative is part of the CSBS Vision 2020 goal to modernize nonbank licensing and supervision throughout the United States.

By Brennan Zubrick, CSBS Senior Director of Analytics and Research

In this edition of the CSBS Data Corner, we explore trends in asset distribution between the largest institutions and all other institutions going back to 1976.

Chart 1 show’s compares the aggregate total assets held by the 100 largest insured depository institutions (IDIs) to the amount held by all other IDIs, while Chart 2 draws the same comparison between the 10 largest IDIs and all other IDIs. Chart 2 shows that starting in 1993, the 100 largest banks grew in size at a much faster rate relative to all other banks, while the Chart 1 shows that it wasn’t until the years leading up to the financial crisis that the 10 largest banks gained the majority of total asset market share. The green line in both charts plots the number of IDIs over time to further illustrate how assets have grown amid a period of substantial industry consolidation. 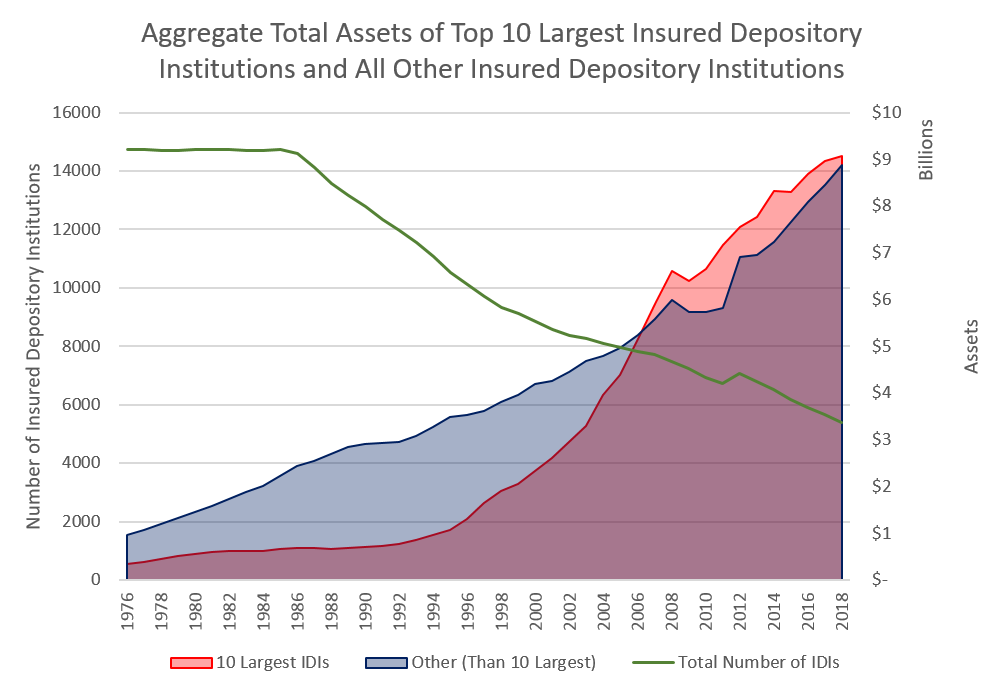 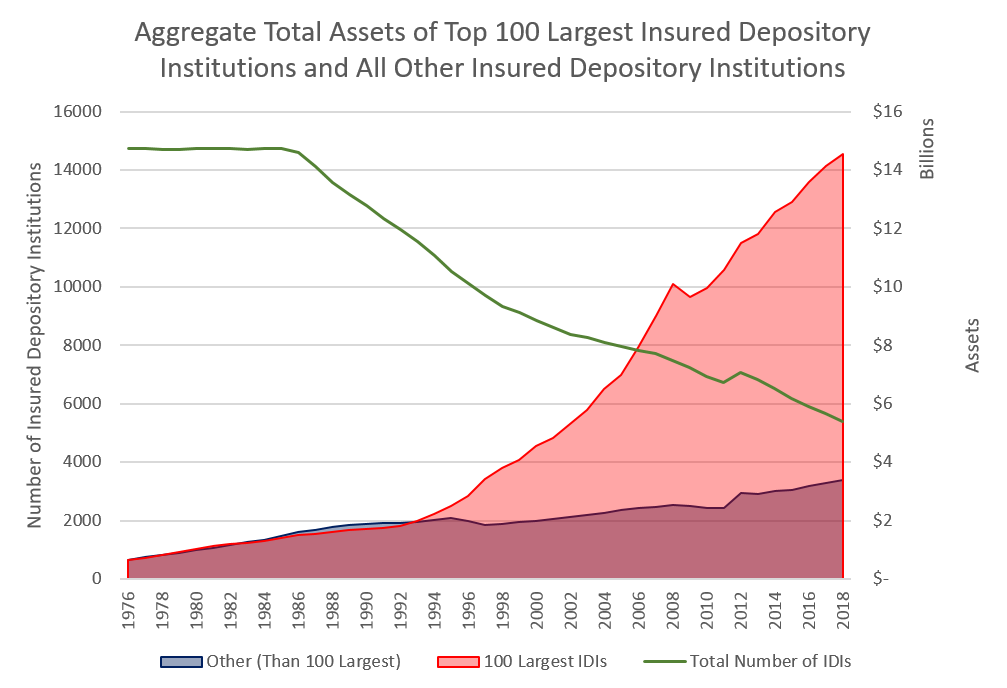