Here we go again. After nearly 10 million Americans lost their jobs during the previous two weeks of March, this week’s initial weekly jobless claims added another 6.6 million. With these additional job losses, total nonfarm payroll employment in the United States has likely fallen to around 135 million workers, a level not seen since early 2013. Moreover, a rough calculation suggests the U.S. unemployment rate would immediately rise from its February level of 3.5%, a 50-year low, to roughly 13.6% today, an unprecedented monthly increase of more than 10 percentage points. 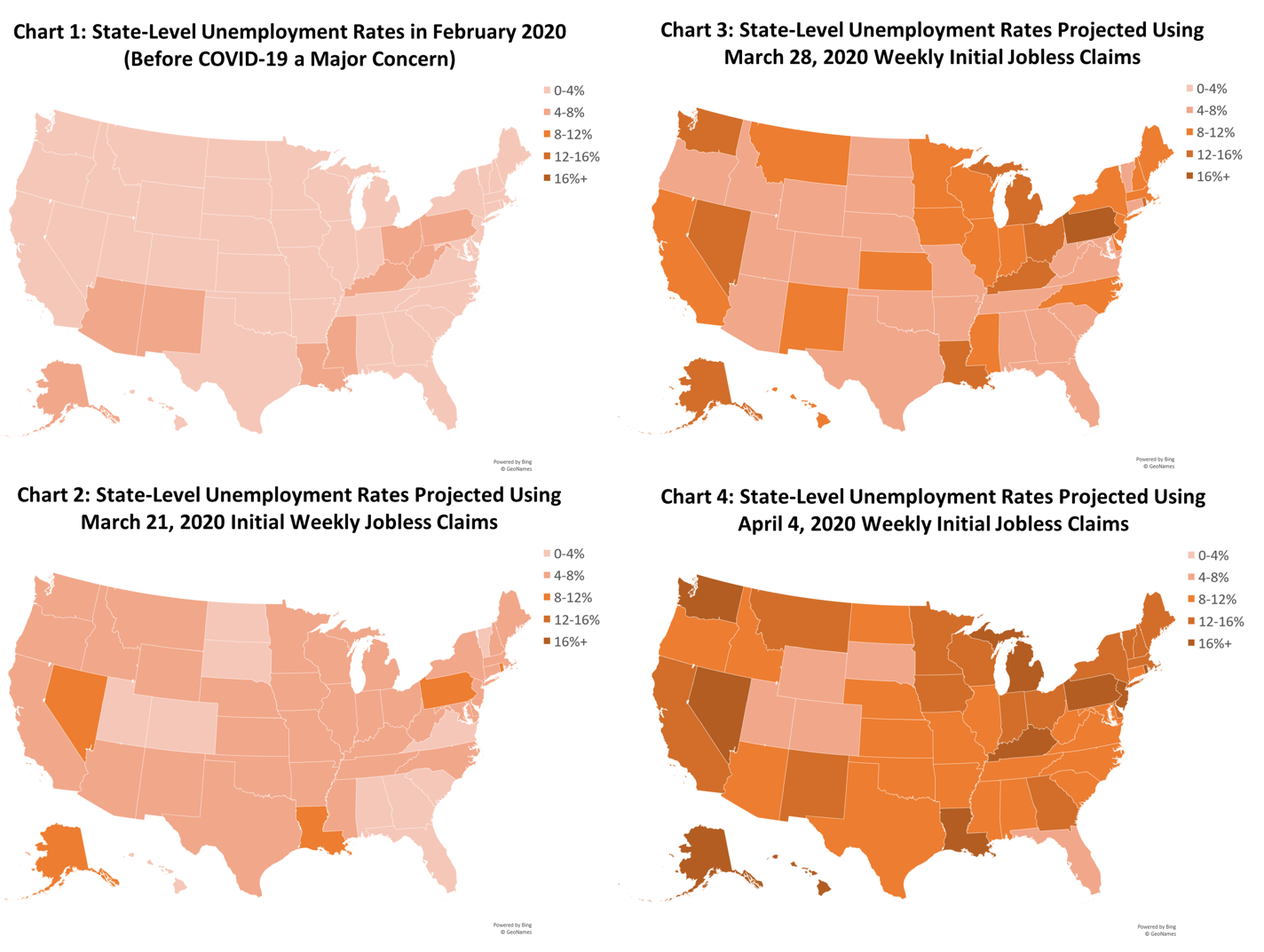 Job losses are likely to continue to mount throughout April while the government’s COVID-19 social distancing guidelines remain in effect. As long as businesses stay closed and consumers stay home, decreases in spending and incomes will continue to result in economic contraction and more job losses.

But at some point―hopefully this month, maybe next month, conceivably later―the U.S. economy will reopen for business. I remain optimistic that interventions by the Federal Reserve and the federal government will provide a necessary bridge for consumers and businesses to weather the significant economic retrenchment caused by the spread of COVID-19 across America. And I am encouraged by news of the nation’s new patriots―health care workers, grocery store clerks, delivery folks, bankers, etc.―who are stepping up to help their fellow Americans make it through this crisis. Together, we will overcome. Take care of yourself and take care of others.