Community bankers indicate greater concern that their profitability will decline next year, which has made them less optimistic than they were earlier in 2021, according to the CSBS third quarter Community Bank Sentiment Index (CBSI). Compared to the second quarter survey, all seven components that comprise the index dropped, with nearly 90% of the decline coming from three factors―profitability, business conditions, and franchise value―with most of the drop due to falling profit expectations.

The headline number from the third quarter 2021 CBSI was 100, down 15 points from the first and second quarter 2021 readings but still higher than the record low sentiment scores registered during each quarter of 2020 (see Chart 1). With a value of 100 considered neutral, Chart 1 shows that community bankers currently are less optimistic than they were earlier this year, with sentiment closer to levels recorded in the second half of 2020.

The chart also shows the level of uncertainty for each quarter―derived by adding up all of the “Don’t Know/Not Sure” responses to the seven questions―and indicates less uncertainty now than since the start of the COVID-19 pandemic and subsequent economic lockdowns that began in early 2020. While this quarter’s level of uncertainty is basically unchanged from readings earlier this year, more research is needed to understand the effect of uncertainty on the headline index and its components. 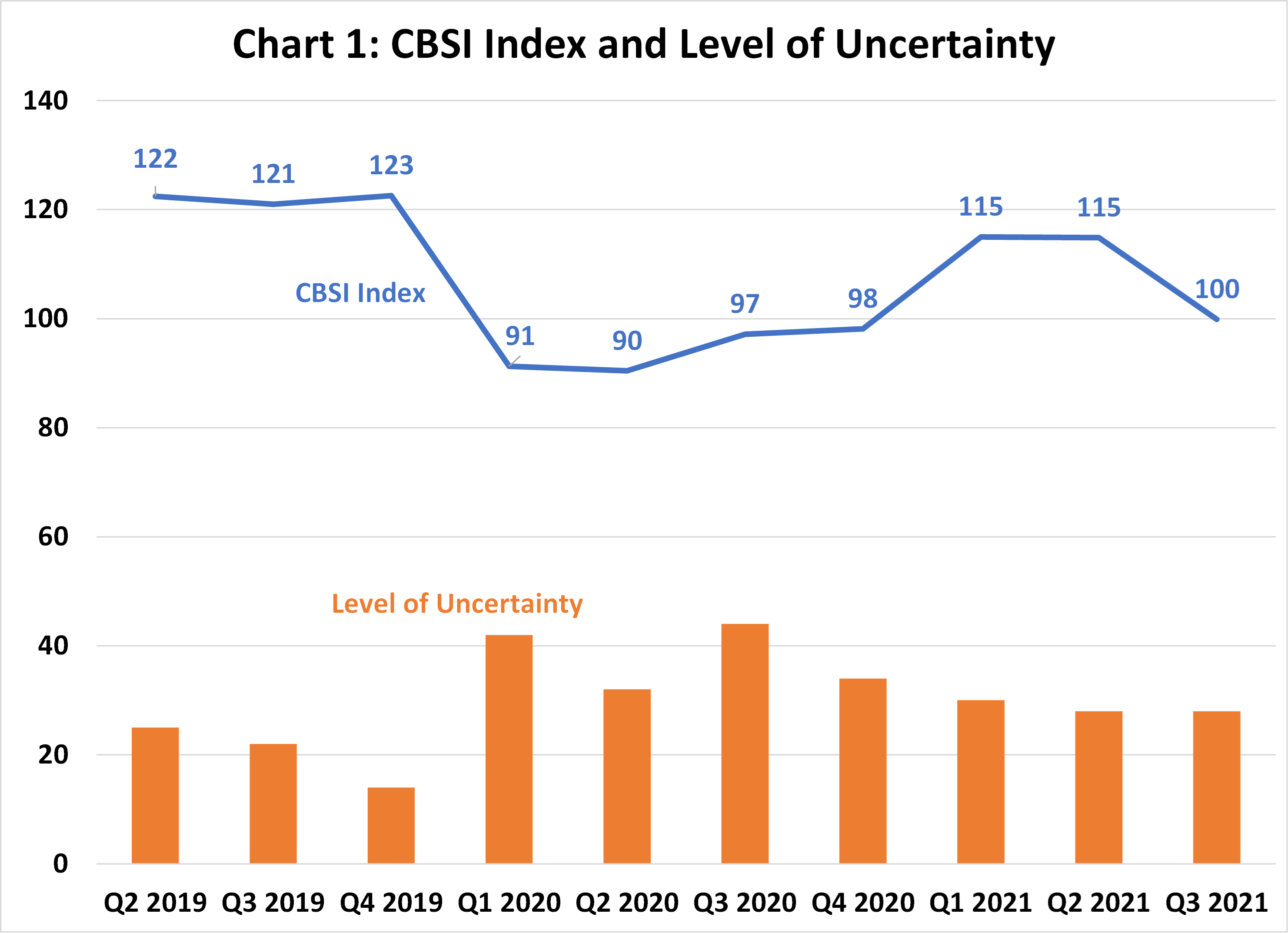 As shown, compared to last quarter the CBSI was driven 15 points lower primarily by future expectations regarding profitability (down 41 points), business conditions (down 32 points), and franchise value (down 20 points). Two of these components managed to stay above the neutral threshold of 100, but profitability fell from 107 to 66. Indeed, earlier this year I wrote that community bankers’ expectations on profitability seem to drive the headline index. At that time, the CBSI leapt from 98 to 115, while the profitability component rose from 62 to 105. Now, it seems the opposite has happened. 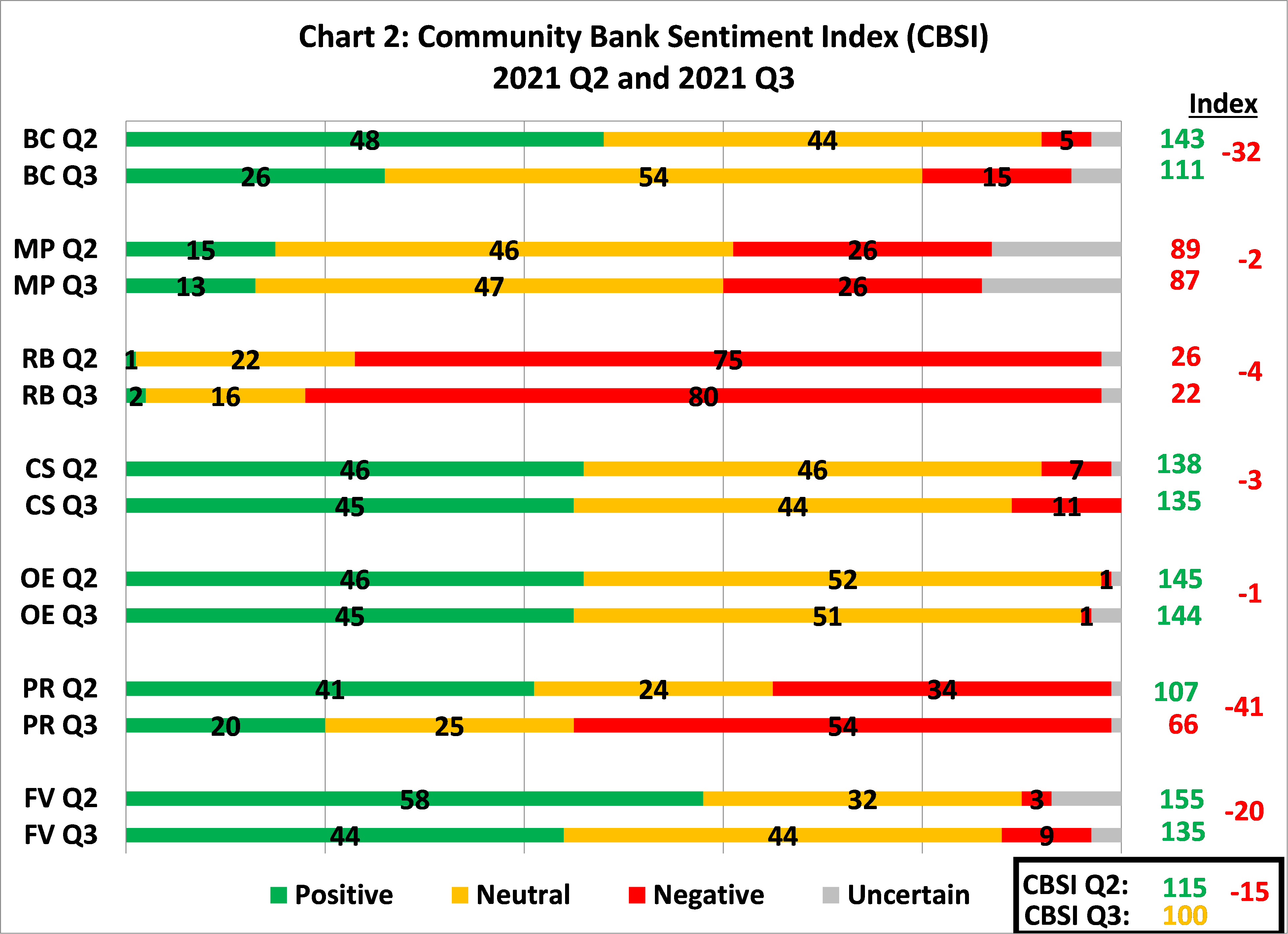 Like previous surveys, results from the third quarter CBSI show that community bankers who expect future profitability to improve are significantly more optimistic than those who expect profits to decline over the coming year. The 20% of bankers with higher profit expectations have an average CBSI of 138; the 26% of bankers expecting no change in profits have a CBSI of 106; and the 54% of bankers expecting lower profits have a CBSI of 83.

Overall, our third quarter survey suggests that community bankers are less optimistic about the future economic environment than they were earlier this year. This decline is driven mainly by expectations that future profits will be lower, as well as a less-optimistic view of future business conditions and franchise values. We also find that community bankers’ pessimistic views on regulatory burden and monetary policy continue to negatively weigh on the headline index.