The Shape of Things to Come: A Reverse-Radical Recovery?

Economists are contemplating the shape of the impending recovery following this year’s COVID-19 pandemic-inflicted economic lockdown recession. Typically, economists rely on certain letters of the alphabet to describe the shape of economic contractions and expansions, although they have also been known to consider bathtubs and checkmarks as possible profiles. So, what contour looms ahead now? Will this economic recovery be V-shaped? Or maybe U-shaped? How about a W or reverse L? Or maybe something entirely different? To assess the shape of things to come, we look back at the curvilinear forms of past recessions and recoveries and then consider a possible path forward.

In the Looking Glass: Past Recessions
According to the National Bureau of Economic Research (NBER) Business Cycle Dating Committee―the official arbiter for calling the start and end dates for recessions―there have been 12 economic recessions since 1948, including the most recent contraction that began in early 2020 when the expansion peaked in the fourth quarter of 2019. As shown in the nearby chart, by indexing real GDP at 100 for the peak quarter of each recession (excluding the short 1980 recession and the current 2020 downturn), we can compare the severity and length of each contraction and its subsequent recovery over several quarters. The chart displays the many shapes of U.S. recessions and subsequent expansions, clearly showing that the 2008-09 recession―often referred to as the Great Recession―was the deepest and longest on record prior to 2020. 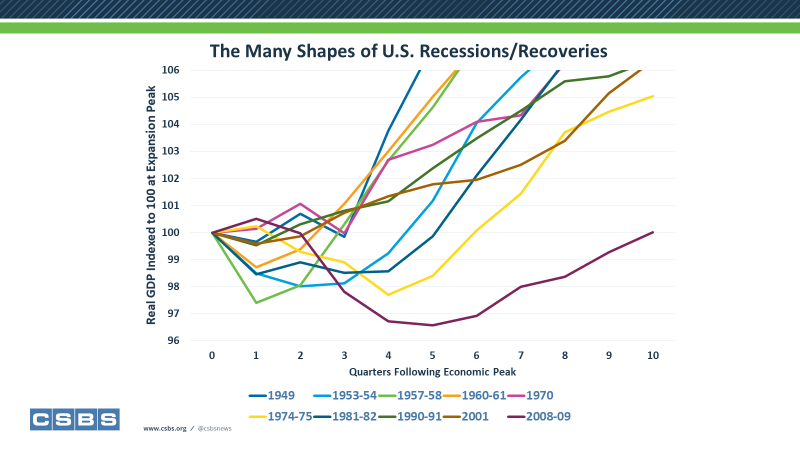 To get a better view of each curve, the chart below presents each recession/recovery on its own, but alongside all the others for comparison. As shown, the 10 recessions and subsequent expansions appear to generally follow these shapes: 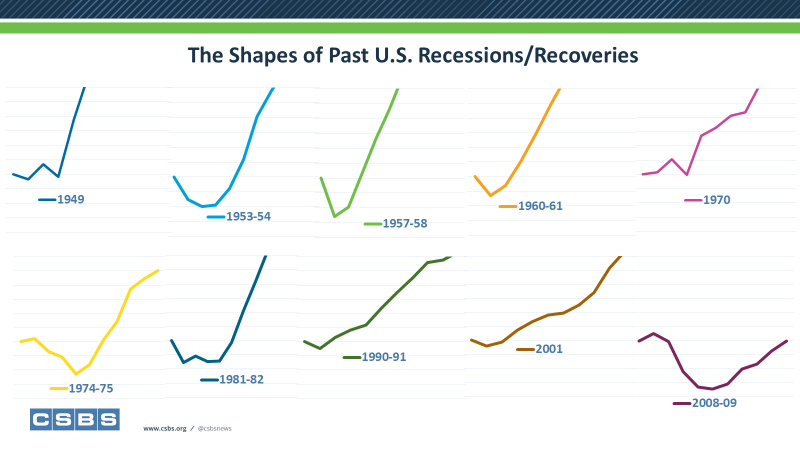 Clearly, the various paths that recessions and their ensuing recoveries trace out are varied and depend largely on a number of factors, including, but not limited to, the severity and intensity of any shock that might have preceded the downturn, the employment mix, demographics and industry sector composition at the time, and the policy responses before, during and after the recession was identified. The above chart also shows the strength and potency of each economic rebound once the expansion begins. The slope lines for the more recent recoveries are generally not as steep as those earlier in time, which indicates weaker economic growth. 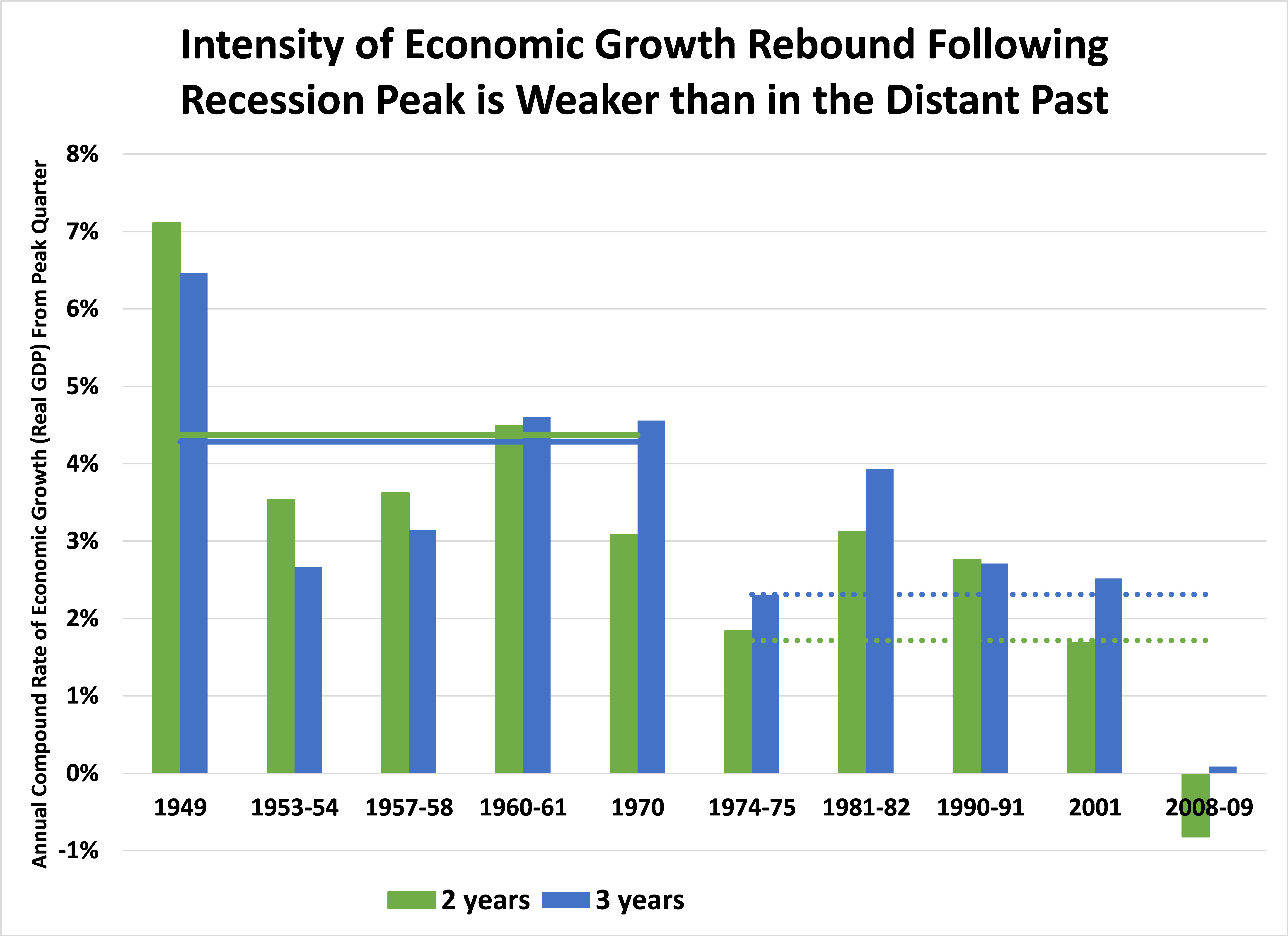 Through the Looking Glass: The 2020 Recession
The 2020 pandemic/lockdown-induced recession began in March with a severe negative impact on economic growth. The BEA reported that first quarter 2020 real GDP fell by 5%, and the recently reported second quarter decline was 32.9%. If a recovery began in June or July, then this recession will be one of the shortest on record at roughly six months, but also the most severe with a peak-to-trough decline of 10.8%, more than twice the 4.4% decline experienced during the 2008-09 Great Recession.

So, what shape will the approaching recovery take? As shown in the chart below, several high-frequency economic indicators suggest that the economy began to rebound in May and early June but seems to have paused since then as reported COVID-19 cases began to escalate in several large states. 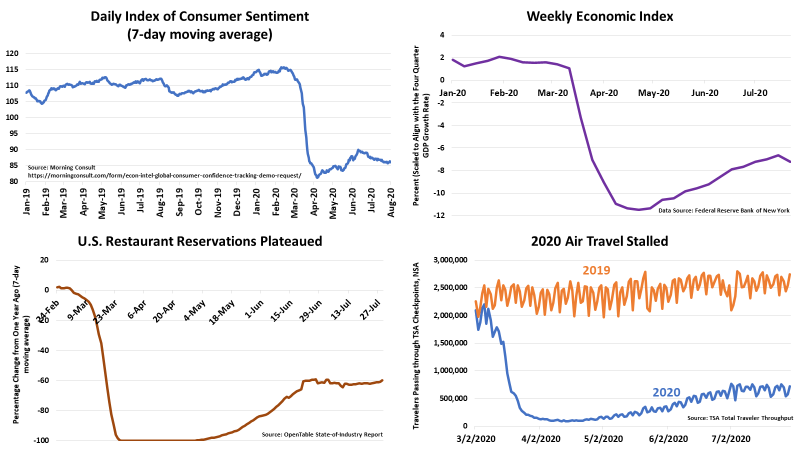 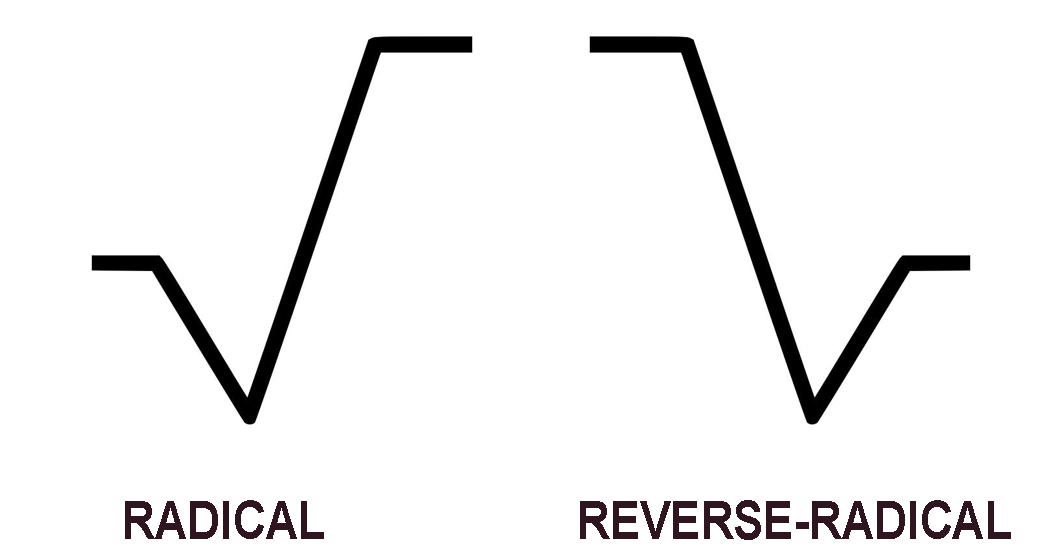 The chart below shows how this recession and recovery may proceed given the apparent pause in economic activity that seems to be happening now. That is, the sharp decline in growth experienced in the first half of 2020 will be followed by a rebound, but one that will likely settle, or pause, until U.S. consumers are more comfortable interacting in large groups and business reopenings can occur with greater frequency. For economic growth to pick up significantly, consumer confidence will need to meaningfully rebound, which will probably only happen once fears of the COVID-19 virus have abated. 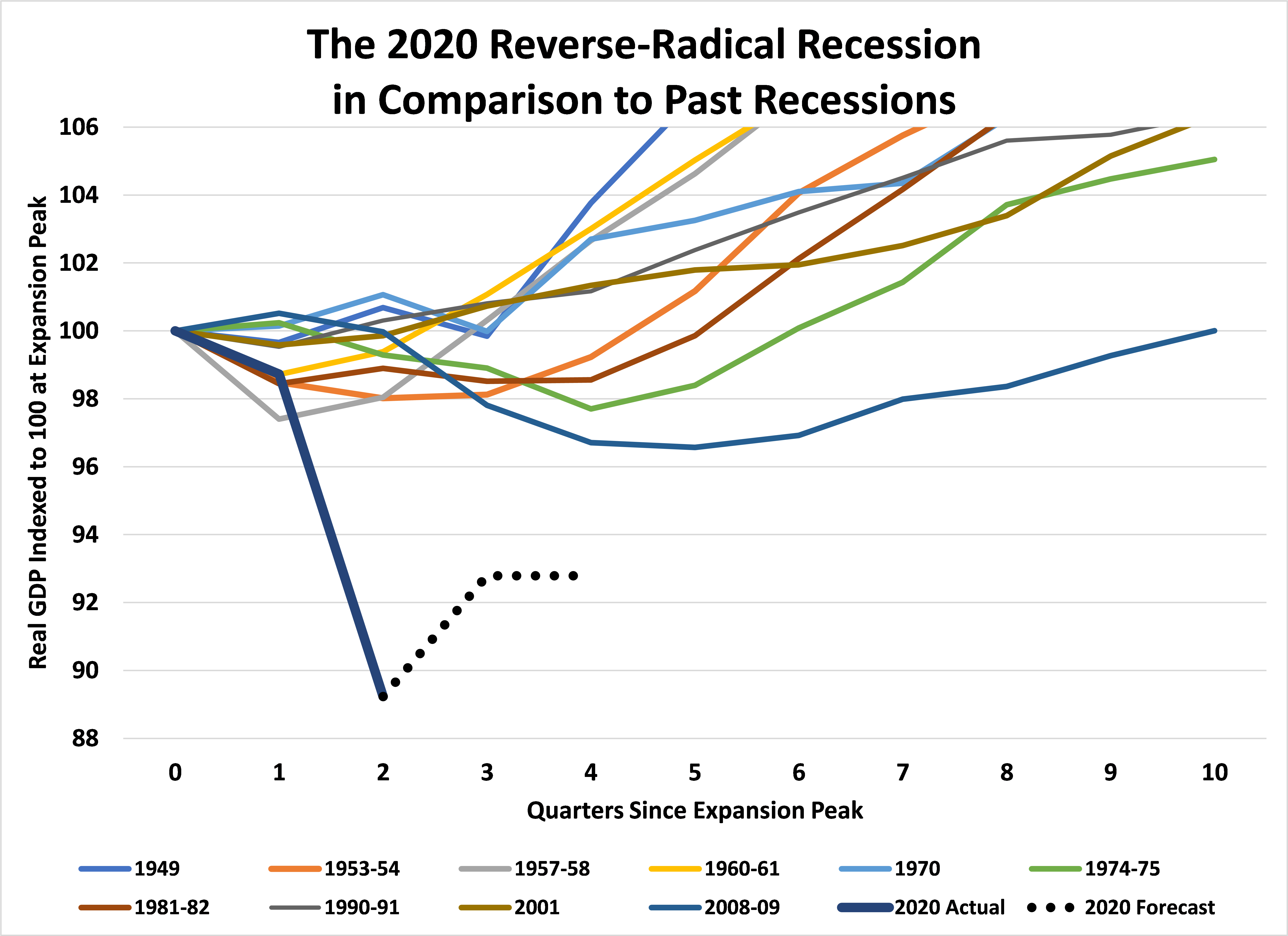 While it appears that economic growth started to rebound in late May and early June, high-frequency data regarding consumer behavior and confidence suggests that there has been a pause in current economic activity that will likely create an entirely new recession/recovery shape classification: the reverse-radical. Wouldn’t it be nice to go back to a simple checkmark, or a V? How about a forward slash!