A special question in the CSBS first quarter 2021 survey of community bankers asked about the level of concern bankers have on a range of economic and policy issues. The bottom-line is that bankers worry about a lot of things, but three issues rose to the top: the federal debt/deficit, taxes, and cyberattacks. Moreover, when we classify bankers into groups of more-optimistic and more-pessimistic bankers, we find that while the relative ranking of these concerns is nearly identical, the pessimistic bankers have significantly greater concerns regarding economic growth, loan growth and the increasing size of the federal debt.

As we reported last month, the most recent CSBS community bank sentiment index (CBSI) increased from 98 in the fourth quarter of 2020 to 115 in the first quarter of 2021. In this survey, 200 community bankers responded to seven questions designed to calculate the index and a few other special questions constructed to capture bankers’ top areas of concern. Sentiment and concerns among bankers vary, giving us an opportunity to examine differences that might exist between the most-optimistic and most-pessimistic bankers. 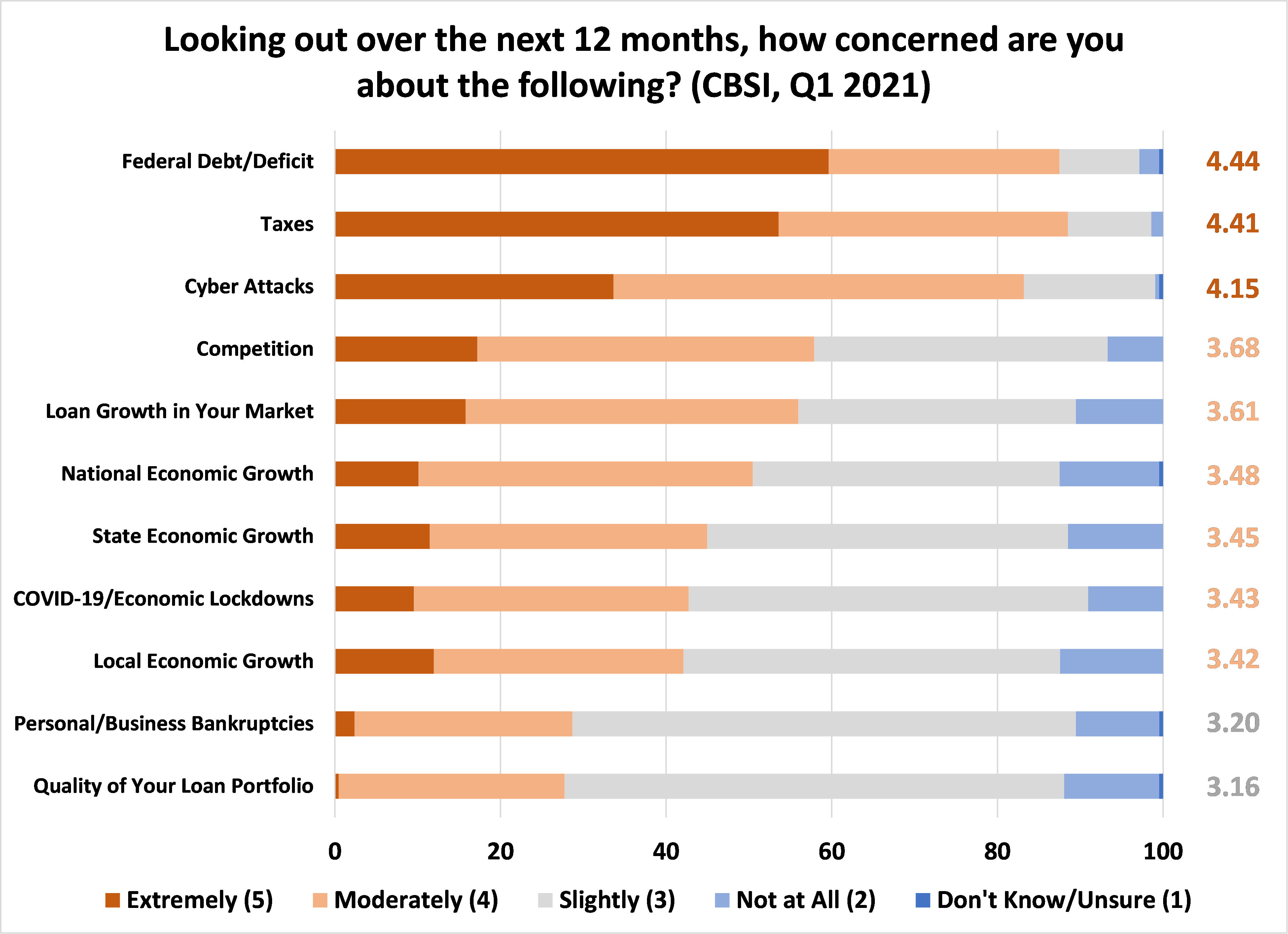 So do optimistic bankers and pessimistic bankers have the same concerns? To answer this, we put responses to the CBSI survey into three groups, ranging from the most-pessimistic to the most-optimistic. There were 65 bankers in the optimistic group who each had CBSI scores of 130 or more (averaging 154 as a group), and 58 bankers in the pessimistic group with CBSI scores of 90 or less (averaging 70). The remaining 77 bankers had CBSI scores between 90 and 130, with an average index value of 115. 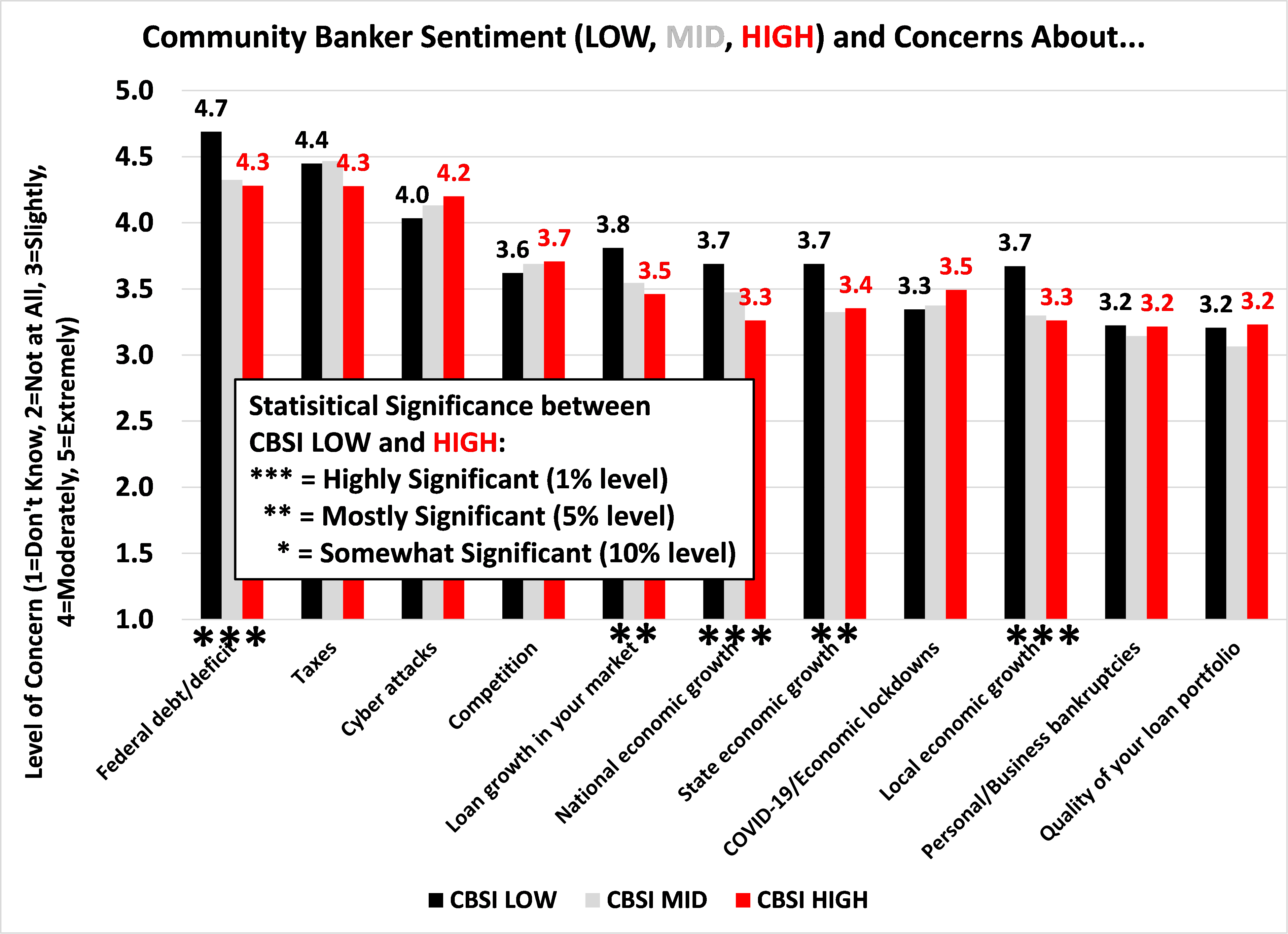 By examining these statistical differences, it appears that the overall negative sentiment among the more-pessimistic community bankers is driven largely by their concerns regarding future economic growth (local, state, and national), loan growth in their local market and the increasing size of the federal debt/deficit. Indeed, these concerns all work together. Slow economic growth tends to coincide with slow loan growth, and the expansion of the federal debt could ultimately lead to slower economic growth once the nation gets past the pandemic/economic lockdowns.

Looking ahead, policymakers who listen to the concerns that community bankers raise are likely to enact better policy. As financial risk managers, community bankers are active listeners in their own communities and understand the concerns of local consumers and business leaders. Knowing these concerns, policymakers can develop and implement solutions that are more-informed and better-understood by the people they serve.