In Search of the Silver Lining

Last week, CSBS released the first quarter 2020 Community Bank Sentiment Index. The data collection occurs during the last month of the quarter, when banks across the country are asked to express their outlook for the local economy. March was an interesting month to collect data as the impact of COVID-19 became significantly more concerning as it went on. 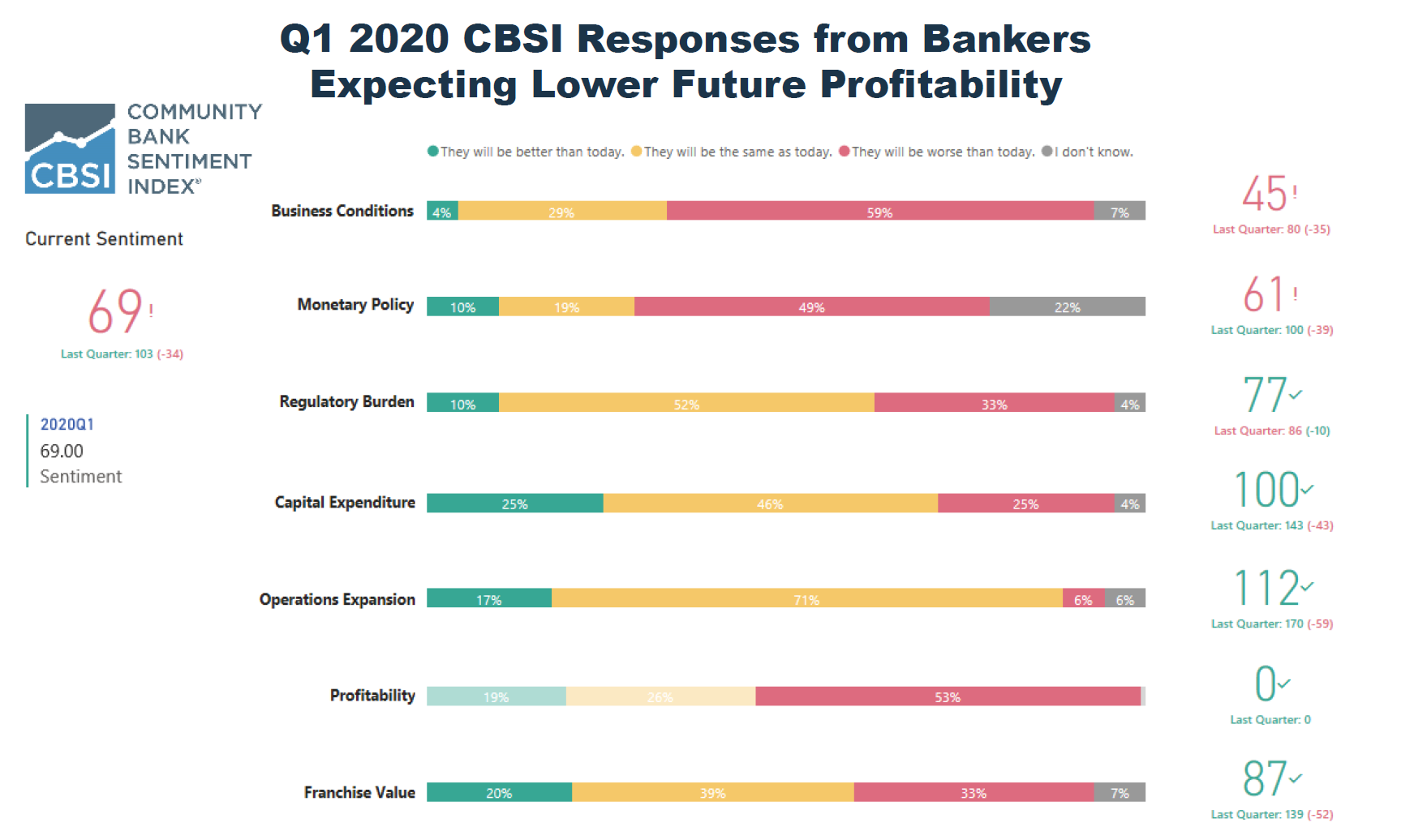 How do you find signs of hope? As I was reviewing our CBSI web page trying to find something positive to write about, I discovered that our sneaky and creative data analytics team had built an interactive dashboard. This new tool allows you to click on a response to a question and see how those bankers responded to the other index questions. Let me warn you, this becomes quite addictive.

State and federal regulators have been issuing a series of guidance to encourage and help bankers assist their customers. This is something that community bankers inherently know how to do.  The responses to the survey affirm we are going to go through a very challenging period. But there will be opportunities on the other side. Opportunities to expand in ways that may be hard to see today.  Opportunities to deploy new technology. Opportunities to serve new customers and existing customers who are going to do business in new and creative ways.

There is in fact a silver lining.