Below are some charts to show the decline in CBSI over time as the month of March progressed: 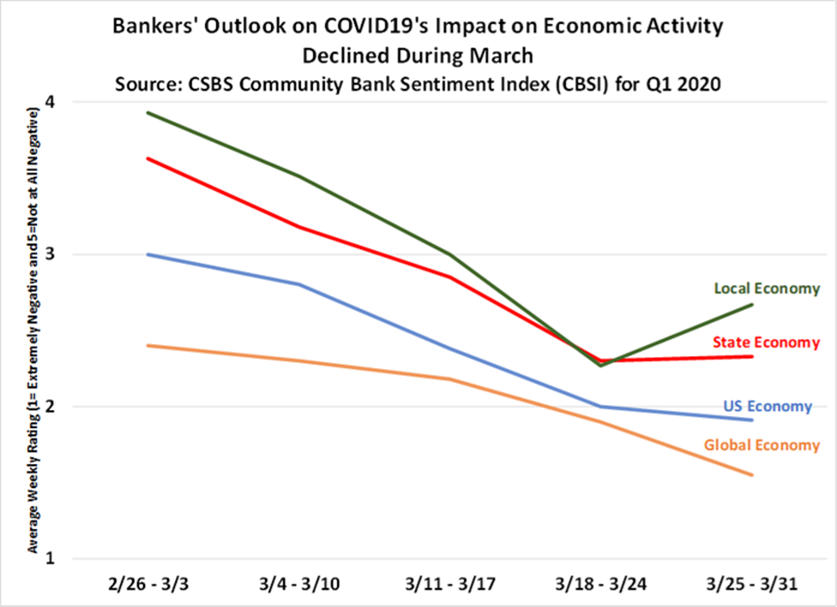 Data Behind the Index

Every quarter, the Community Bank Sentiment Index number will be accompanied with a paper explaining the underlying data. You can read the full report to learn how this breaks down by region and asset size, the influence of technology and impact on merger activity.