As shown in Chart 1, the headline number from the first quarter 2022 CBSI was 97, four points below the level recorded last quarter and 18 points below a year ago. With a value of 100 considered neutral, community bankers turned pessimistic in the first quarter of this year and the overall index reverted to levels recorded during the second half of 2020. 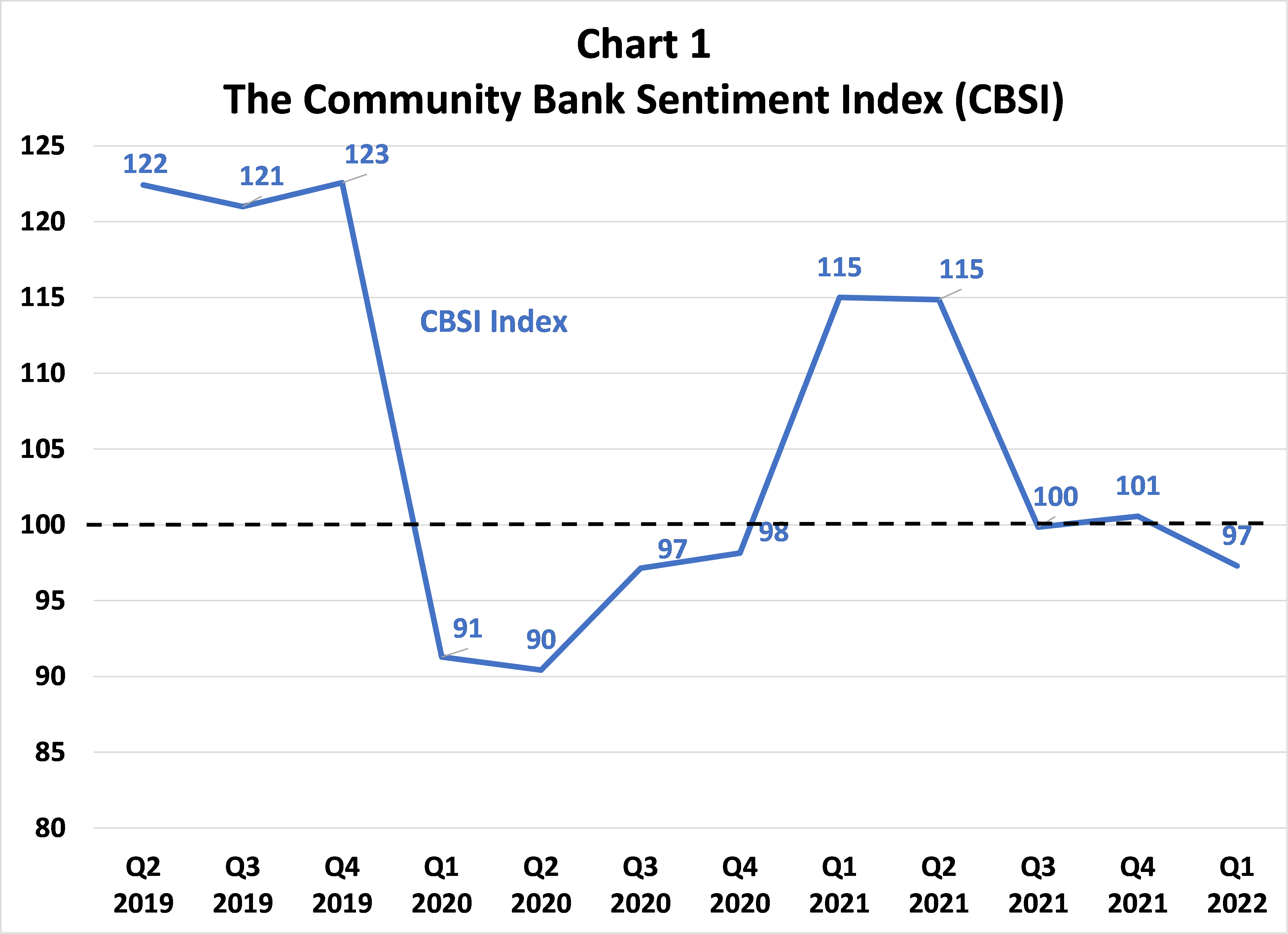 While three of the seven CBSI components remained below 100 this quarter compared to the previous quarter (regulatory burden (28); profitability (68); monetary policy (95)) and three remained above 100 (operations expansion (140); capital spending (138); franchise value (129)), the business conditions indicator was the only component that went from above 100 to below 100, falling from 110 to 83 in the most recent quarter. Chart 2 shows the quarterly change (Q-Q) and the annual change (YOY) for the seven CBSI components. Strikingly, the business conditions component dropped 61 points since Q1 2021, contributing to almost half of the 18-point annual decline in the overall index. 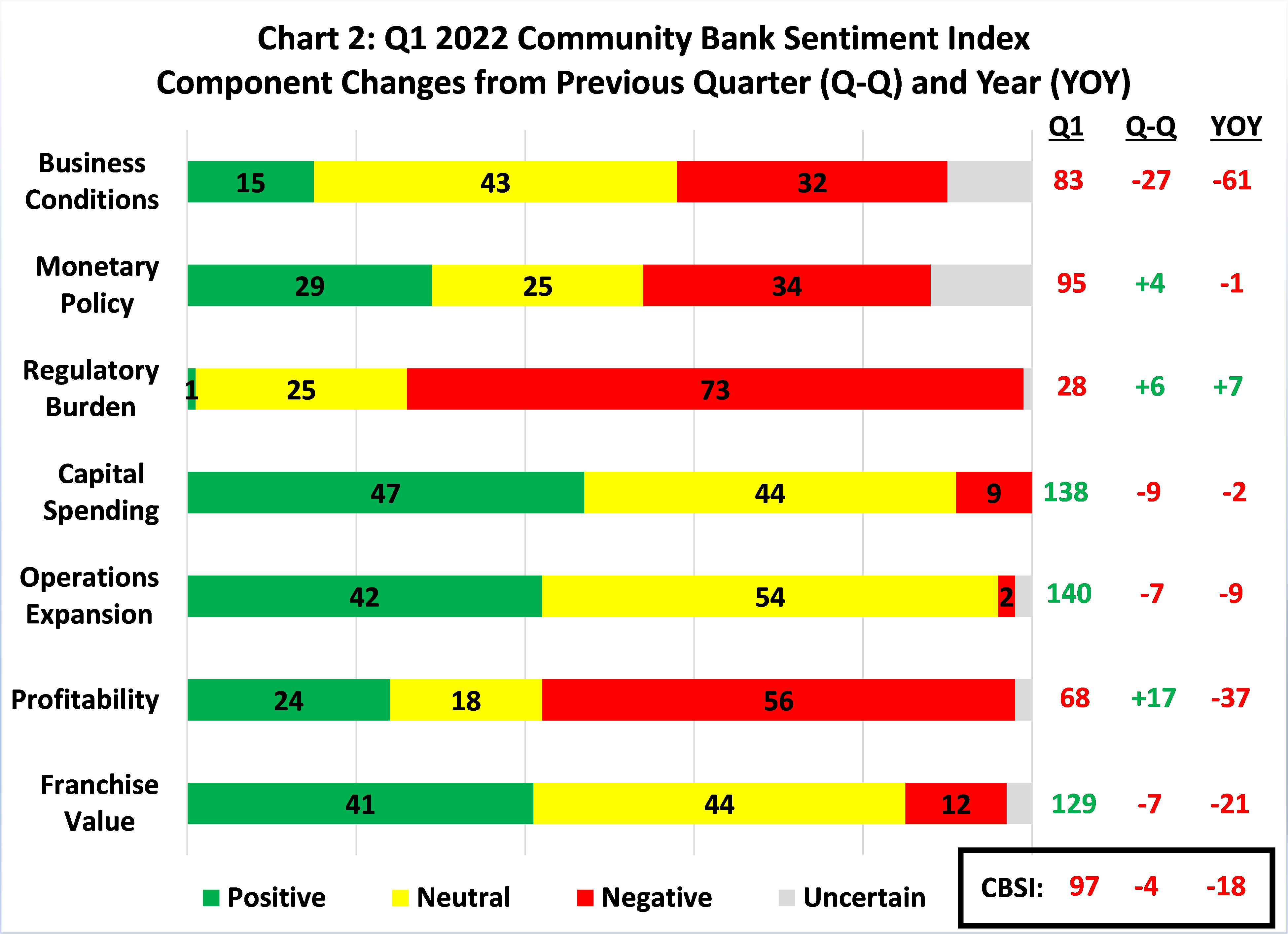 Chart 2 also displays the percentage of positive (green bars), neutral (yellow), negative (red), and “I don’t know” (grey) responses to the seven factors that comprise the index. Using the interactive dashboard on the CBSI webpage, I took a deeper dive into the survey responses to examine the sentiment by how each group of respondents answered any specific question.

Community bankers expecting better future business conditions anticipate far better outcomes from monetary policy decisions, with a monetary policy component value of 143 compared to 46 for the bankers expecting worse business conditions. Indeed, worries over inflation have become the top concern among community bankers according to a special question and was mentioned often in open-ended comments in our Q1 2022 CBSI survey.

How the Federal Reserve navigates the economy through its monetary policy decisions will play an important role in community banker sentiment.