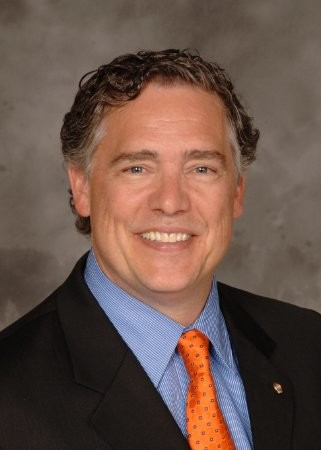 Don’t ask an economist if you want a timely prognosis on whether the nation’s economy is in a recession. Ask a community banker instead.

Four years ago, CSBS launched its Community Bank Sentiment Index (CBSI), which is now available on the federal Reserve Economic Data, known as the FRED. The CBSI consists of seven components designed to capture the economic and business outlook from the perspective of community bankers nationwide. While the overall index has moved generally in tandem with economic activity, the most recent quarterly survey included a special question for respondents to opine on the business cycle. As reported in my previous blog: “Alarmingly, 96% of community bankers … believe the U.S. economy is in a recession.”

Now, if you ask an economist if the U.S. economy is in a recession, you will likely hear, “Well, it depends.” And then you will get an “on the one hand” story quickly followed by an “on the other hand” claim. Why is that? And what information are community bankers considering that economists might not?

Generally speaking, an economist makes data-driven decisions based mainly on statistics and figures that are backward-looking and subject to revision. By contrast, a community banker’s conclusions are based primarily on real-time information about the economy and the economic outlook of consumers and businesses in their local communities.

So, how these two professions currently assessing the strength of the U.S. economy?

Economists’ “on the one hand” argument is based on analyzing a range of monthly indicators across many different sectors of the economy, as well as the depth of decline in the various metrics. And when several of these signals worsen, or contract over a few months, then it’s likely that the overall economy is in a recession.

As pointed out in a blog six months ago, the official arbiter for calling the start and end dates of U.S. recessions is the National Bureau of Economic Research’s (NBER) Business-Cycle Dating Committee. But don’t hold your breath awaiting their announcement. Since the Committee’s inception in 1978, their declarations have been four to 21 months after the economy peaked or troughed. Because the Committee wants to get the dates correct, they wait until they are certain that the turning point is not in doubt.

Nevertheless, one available metric to help understand when the NBER Committee might determine the start of a recession is to examine The Conference Board’s Composite Index of Coincident Economic Indicators. As shown in Chart 1, this index is comprised of four monthly economic series that the Committee has historically considered when making its decision on recession peaks and troughs: payroll employment, real personal income less transfer payments, industrial production and manufacturing and trade sales.

Of course, detecting turning points in economic time series data can sometimes be challenging. A one- or two-month change in direction does not always foreshadow a trend. But a decline in the Coincident Index of at least 0.8% over a three-month period with corresponding one- and two-month declines correctly identified the cyclical peaks in the past nine recessions going back to 1960. Moreover, as shown by the grey bars in Chart 1, the peak month of the business cycle as determined by the NBER Committee perfectly aligned with this methodology in five of the nine recessions, was off by just one month twice and missed by two months twice.

So, what is The Conference Board’s Coincident Index telling economists now?

Driven primarily by steady employment growth, the Coincident Index has continued a general upward trend since June 2020, following the pandemic-induced economic lockdowns. The most recent reading for December 2022 once again ticked up slightly from the previous month. The only component of the Coincident Index to register a decline was industrial production, its third consecutive monthly drop.

With six monthly increases in a row and a 0.3% increase over the past three months, the Coincident Index appears to be a far cry from suggesting an imminent economic recession. To draw a firmer conclusion, economists will need to wait and see what future data releases and revisions reveal for the four components that comprise the Coincident Index.

Or…on the other hand…they could look at other forward-looking economic indicators.

According to The Conference Board’s Leading Economic Index, comprised of 10 economic indicators that precede changes in overall economic activity by about one year, a recession is likely coming. Even The Conference Board said so in its current press release which revealed that the Leading Index fell sharply again in December for its tenth consecutive monthly decline.

Indeed, all 10 components that comprise the Leading Index have fallen, and seven components have been below their cyclical peak for at least 10 months. Most notably, new building permits have plummeted, the yield curve remains inverted, indices reporting new orders are declining, hours worked in manufacturing have dropped and consumer expectations for future business conditions are dismal.

Table 1 shows how closely each component of the Leading Index aligns with the peak month that marks the beginning of each recession. For example, a minus 12 signifies that the given economic index peaked 12 months before the recession’s official peak as determined by the NBER Committee.

Of course, community bankers will say they knew all about these concerns before the data were gathered and reported. Community bankers take a forward-looking approach to assessing economic and business conditions. They know which businesses are hiring more employees and which ones are laying off. They know the strength of their customers’ balance sheets, including who is able to pay their debts and who is not. And as “relationship lenders” who listen to nearly everyone in the community, they have a good sense of local consumer and business confidence.

Community bankers know their customers, understand small businesses and are keenly aware of regional issues and local economic conditions. As a result, community bankers have a firm grasp on the opportunities and risks in their communities and are in a good position to make an accurate assessment of current and future economic and business conditions.

Perhaps economists should also listen to community bankers to gauge the strength of the economy.